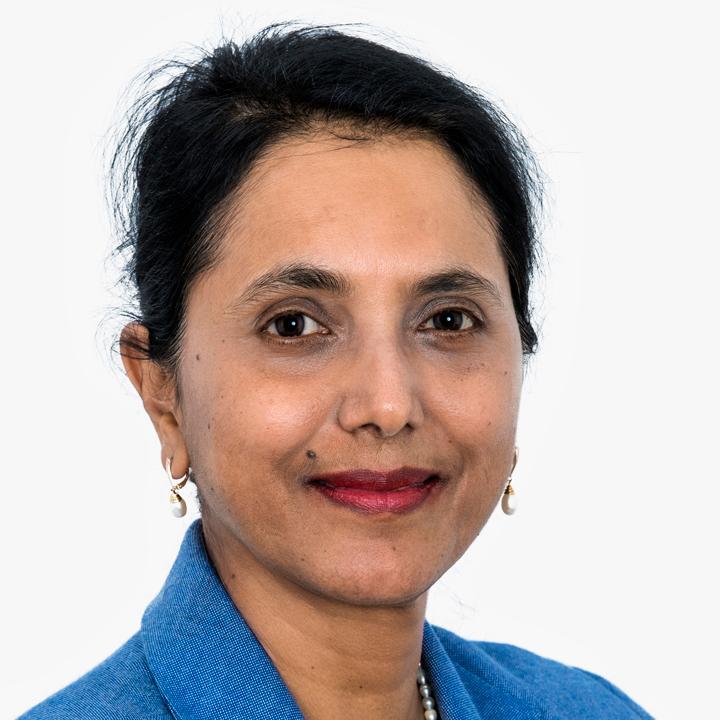 Dr. Shamila Nair-Bedouelle has a long standing career as a researcher (University of Cape Town, Institute Pasteur, MIT University Park in Boston, and the French National Institute for Medical Research), and in implementing international programmes for science for development (UN, UNESCO and European Commission). As Director of the OzonAction at the United NationsEnvironment Programme, she was responsible for developing and implementing programmes for the Montreal Protocol, providing 148 developing countries with scientific and technical advice and implementing capacity building programmes for the phase out of ozone depleting chemicals. She launched the first global program for capacity building for women technicians. Prior, she was Programme Manager and responsible for the research for development and international cooperation with developing countries, specifically health research, in the European Commission. Thereafter, she coordinated science programmes in Africa for UNESCO in close collaboration with the African Union Ministerial Council for Science and managed the United Nations Cluster for Science and Technology in Africa. She holds a PhD in Life Sciences from the University of Cape-Town in South Africa, HDR (University of Paris V) and is a Member of the Academy of Sciences of South Africa. She pursued her research career at the Institute Pasteur in Paris, at the MIT University Park in Boston, and the French National Institute for Medical Research as Director of Research (INSERM). In parallel to her career at the United Nations, Dr Shamila Nair-Bedouelle has been working since 2000 as Director of Research at the University of Paris V. In 2017, Mrs Shamila Nair-Bedouelle has been nominated First Class Director of Research at INSERM. Her scientific research was in the field of molecular biology and identification of new targets for anti-microbial compounds. She has also published in numerous scientific journals and is the co-inventor of several patents.